Priesthood is a gift, not a job, pope says

Home Posts Priesthood is a gift, not a job, pope says 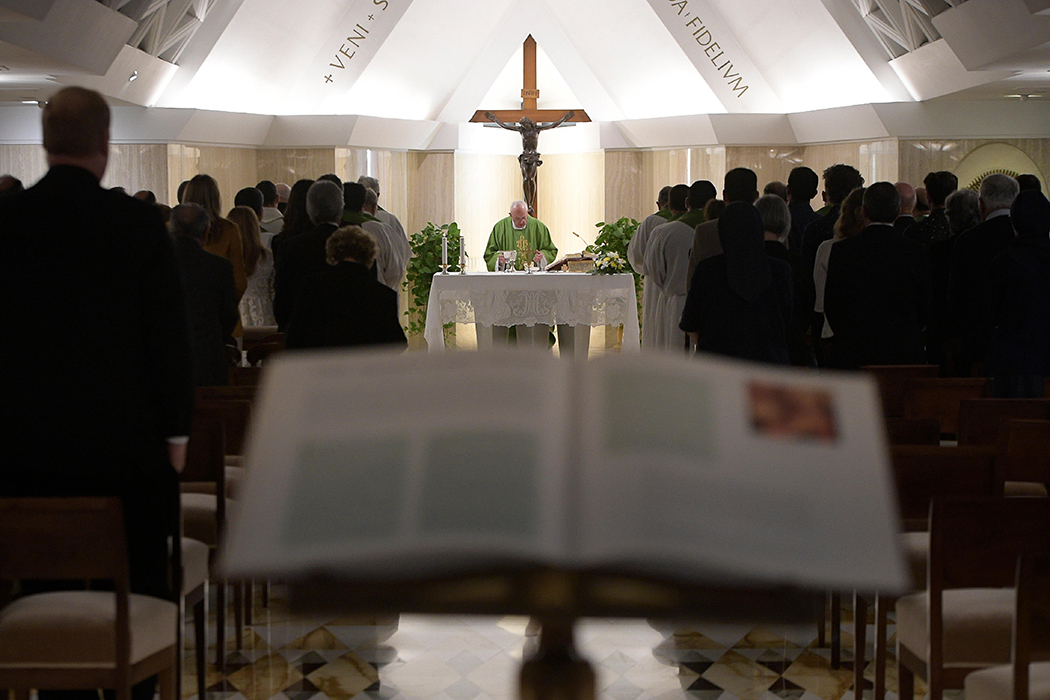 VATICAN— Being a priest is not a job or fulfilling an employment contract but is a gift from God that should be contemplated and treasured as such, Pope Francis said.

Those who turn ordained ministry into an occupation “lose the heart of the ministry, lose the gaze of Jesus who looked upon all of us and told us, ‘Follow me,’” he said Sept. 19 during morning Mass at the Domus Sanctae Marthae.

The pope focused his homily on the day’s first reading in which St. Paul writes to Timothy (1 Tim 4:12-16), “Do not neglect the gift you have.”

Ordination is a freely given gift from the Lord, the pope said; it is not “a job” or “an employment contract” in which one “must do” something.

“Doing is secondary,” he said. First and foremost, “I must receive this gift and safeguard it as a gift and from that — in the contemplation of the gift — everything else springs.”

When ordained ministry is not seen and treasured as a gift, he said, “deviations” emerge, starting with “the worst ones, which are terrible, to the more everyday ones that makes us base our ministry on ourselves and not on the gratitude of gift and love for he who gave us this gift, the gift of ministry.”

Effort, intelligence and “also a bit of shrewdness” are needed to safeguard this gift properly, he added.

The pope also briefly commented on the day’s Gospel reading, Luke 7:36-50, in which Jesus corrects his host who has forgotten to perform the customary rituals associated with welcoming a guest. Jesus instead praises the “sinful woman” who showed Jesus “great love,” including by using her tears and hair to bathe and dry Jesus’ feet.

The pope said the Pharisee hosting Jesus was a good man, “but he had forgotten the gift of kindness, the gift of coexistence, which is also a gift. These gifts are always forgotten when there are some underlying motives, when I want to do” or achieve something.

It is true that priests have things they must do, “and the first task is proclaiming the Gospel,” Pope Francis said, “but it is necessary to take care of the core, the source from which this mission springs, the gift we have freely received from the Lord.”

The pope concluded by praying priests see their ministry first as a gift then as a service and that they not become “businessmen ministers, fixers” or adopt other attitudes that make them stray from the Lord.