Papal nuncio to join Filipino children in praying for peace 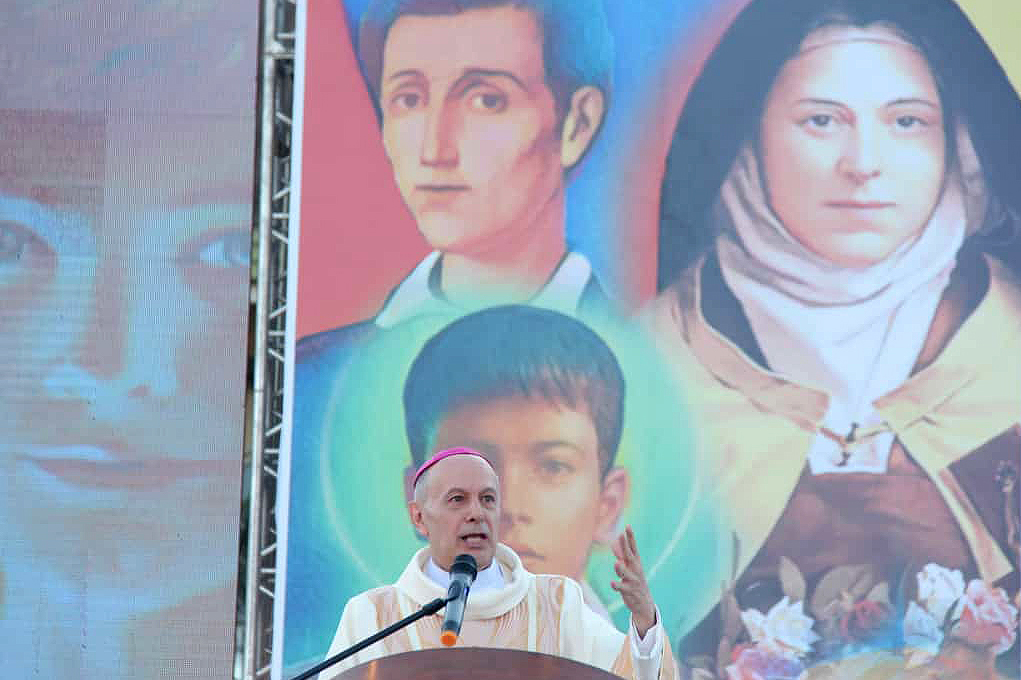 Pope Francis’ envoy to the Philippines will join hundreds of Filipino children in praying the rosary for unity and peace in the world on Oct. 25.

The activity is part of the yearly “One Million Rosary Praying the Rosary” campaign which will simultaneously be held in several countries at 9am on Oct. 18.

Organized by Aid to the Church in Need (ACN) International, it aims to gather children from every continent to pray the rosary for mutual harmony among nations.

In the Philippines, it will be joined by children in about 40 dioceses across the country.

ACN Philippines, however, decided to move its celebration to Oct. 25 at 8am due to the availability of the papal nuncio.

“It’s okay to hold it any day in October since the whole month is dedicated to the Holy Rosary,” said Jonathan Luciano, ACN Philippines national director.

He said that participants will also get rosaries personally blessed by Pope Francis.

The campaign came into being in the Venezuelan capital of Caracas in 2005.

ACN Philippines started the campaign in 2016 after it began its operation in Manila, as one of the two national offices in Asia.

Luciano expressed hope that the yearly activity will inspire Filipino Catholics and families to pray the rosary.

“If children don’t see their parents or elders’ praying it’s going to be very difficult for them to imbibe the importance of praying the rosary and prayer for that matter,” he added.

“Let us intensify the campaign starting with the youth. Let’s do it not only this month but even after,” Luciano also said.

Papal nuncio to join Filipino children in praying for peace