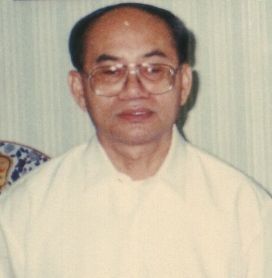 Father Pedro M. Mesiona, MSP (1946- ), the first priest of the Mission Society of the Philippines to become PMS National Director, was serving as Executive Secretary of the Episcopal Commission on Missions prior to his appointment to the PMS office.

A very significant change was the implementation of a decision announced in the November 20, 1997 letter of Josef Cardinal Tomko, CEP Prefect, to Archbishop Oscar V. Cruz, CBCP President.  The document approved the establishment of a single service of missionary cooperation in the Philippines, between the Pontifical Missionary Societies (PMS) and the Episcopal Commission on Missions (ECM).

In the new structure, the PMS serves as the National Secretariat of the ECM, and the PMS National Director becomes the Executive Secretary of the ECM.  The revised structure, patterned after the model in France and some South American countries, had been proposed to Cardinal Tomko in Rome by the ECM Chairman, Bishop Vicente C. Manuel, SVD.

Another major task of the PMS director in 1998 was the hosting of the Second Assembly of the School of Missionary Animators (SOMA II), held in Tagaytay City at the RVM Betania Retreat House from September 20-26, 1998.  The SOMA is a formation program of missionary catechetics aimed at the children of the Holy Childhood Association.

The Catholic Bishops’ Conference of the Philippines (CBCP) approved in its January 1999 Plenary Assembly the plan of the Episcopal Commission on Missions to hold a National Mission Congress (NMC) in the year 2000.

As concrete plans were formulated, it was decided the NMC would be held in Cebu, the cradle of Christianity in the Philippines on September 27 to October 1, 2000.  The lead agencies of the NMC were the Episcopal Commission on Missions and the Pontifical Missionary Societies.

In January 2000 the CBCP sponsored a three-day workshop, given by Fathers L. Tagle, D. Huang, and J. Kroeger, on mission in Ecclesia in Asia.  The CBCP issued a pastoral letter on mission and evangelization: “Missions” and the Church in the Philippines: A Pastoral Letter on the Church’s Mission in the New Millennium (July 5, 2000).