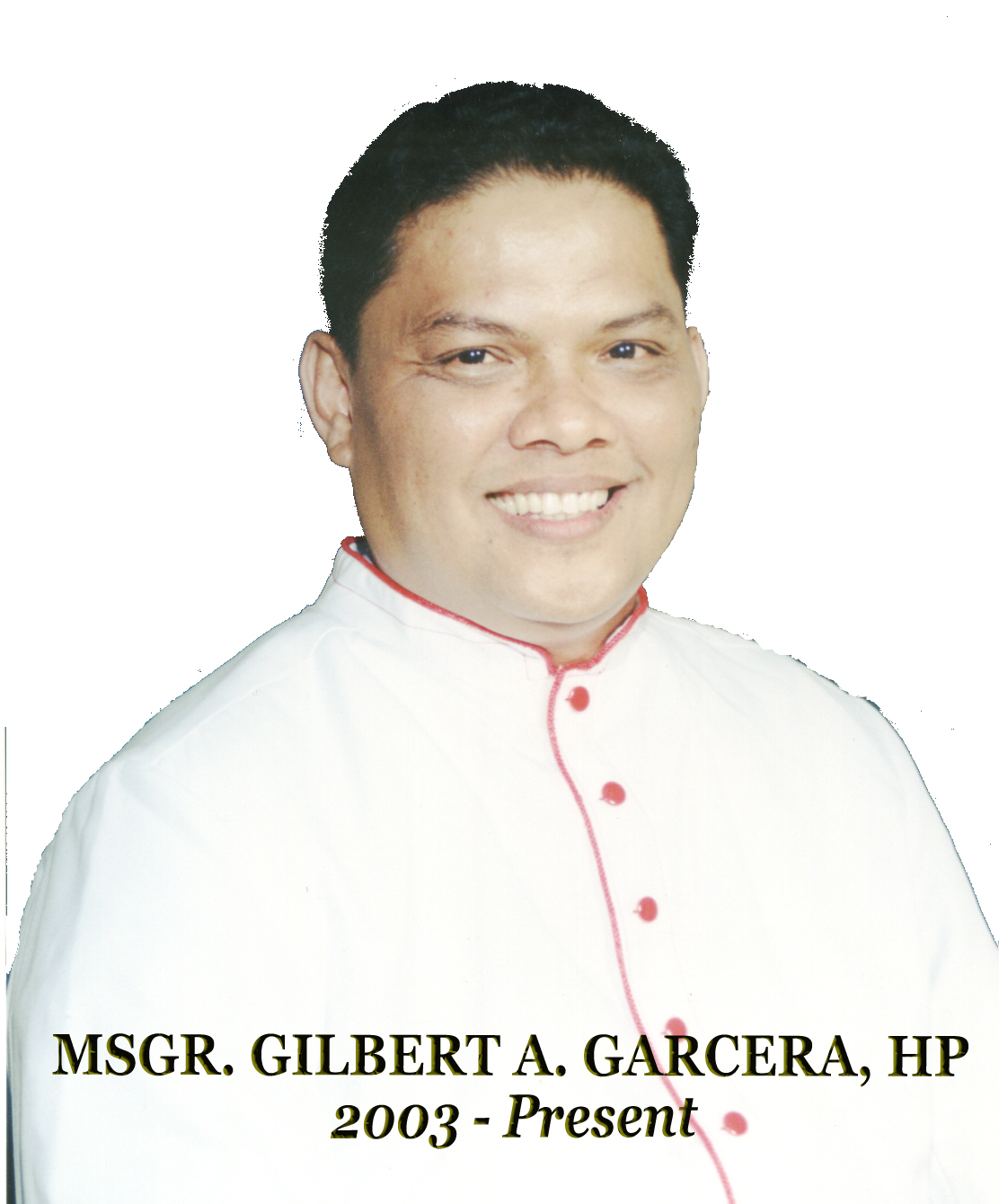 Monsignor Gilbert A. Garcera (1959- ), member of the diocesan clergy of the Archdiocese of Caceres, received his official five-year appointment as the PMS National Director on October 1, 2003.

Monsignor Garcera was for some years the CBCP Assistant Secretary General (2001-2003), giving him a wide knowledge and experience of the entire Philippine local Church—and a good working relationship with members of the national hierarchy.

Monsignor Garcera enunciated his “directional shift” at the PMS.  He said he would initiate four moves: from “solely collecting Pontifical remittances” to “spirituality of the missions through … formation and training of mission animators and cooperators”; from “the usual yearly activities” to “more dynamic and innovative missionary initiatives”; from “limited office personnel” to “more collaborative networking of resources”; and, from “October mission consciousness” to “year-round mission awareness programs.”

Several national congresses and consultations formed an essential part of the PMS program of “revitalizing mission animation works in the Philippines.”  Two National Congresses on the Holy Childhood were held (2004 and 2007); the First National Assembly of Filipino Lay Missioners unfolded in Cebu City (2005); the National Mission Youth Camp was held in Antipolo City (2006).

There was a General Assembly of the Propagation of the Faith in Baguio City (2006).  The First National Congress on Saint Peter the Apostle was celebrated in Naga City (2007).  This simple catalogue of national gatherings does not do justice to the hundreds of hours of meeting, planning, animating, and fund-raising that went into each endeavor—by a virtual army of generous local personnel, all on fire for mission.

The Missions Newletter continued in production; yet, it also evolved from a newsprint format in 2003 to a full-color publication in 2005 and into two special issues in 2007, highlighting the Asian Mission Congress and the PMS Seventy-fifth Anniversary celebration.  PMS-Philippines established its own web-site in 2005.

The ground floor of the PMS offices on Don Quijoti Street was renovated in 2007, and a colorful “historical mission mural” in etched glass was installed in the main stairwell.  PMS-Philippines, in accordance with directives from the Philippine Bishops (CBCP) and authorization from Rome, began in late 2007 the process of acquiring its own juridical status independent of the CBCP.

John Paul II stated in his mission encyclical, Redemptoris Missio (67), that “All priests must have the mind and heart of missionaries—open to the needs of the Church and the world.”  May the Pentecostal flame of mission burn brightly in the PMS and in the entire local Church of the Philippines—as the PMS moves on from its diamond jubilee of seventy-five years in 2007 to its first centennial celebration in 2032