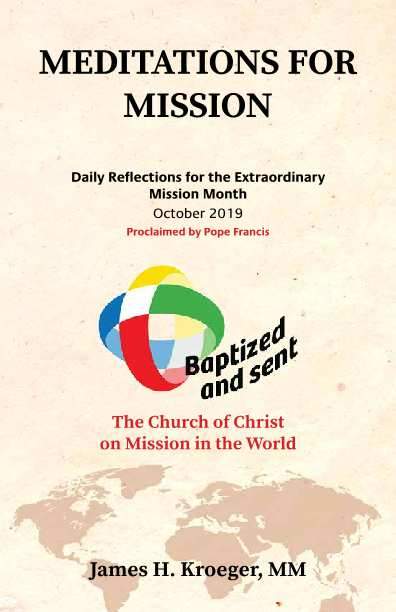 October 1 – The Little Way of Loving

October 10 – Befriending Others – A Mission Paradigm

October 12 – Who Are Truly Blessed

October 24 – The Fire of Mission

October 25 – Reading the Signs of the Times 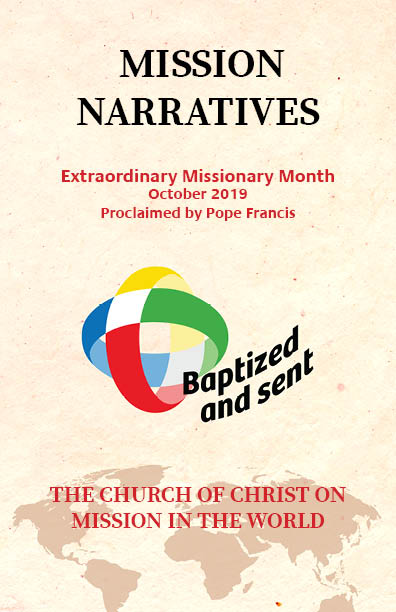 Mission in the Mandate of Jesus – M. Reyes

Our Journey in Dialogue – C. Reyes

Mission to the Emotionally and Spiritually Wounded – Leornas 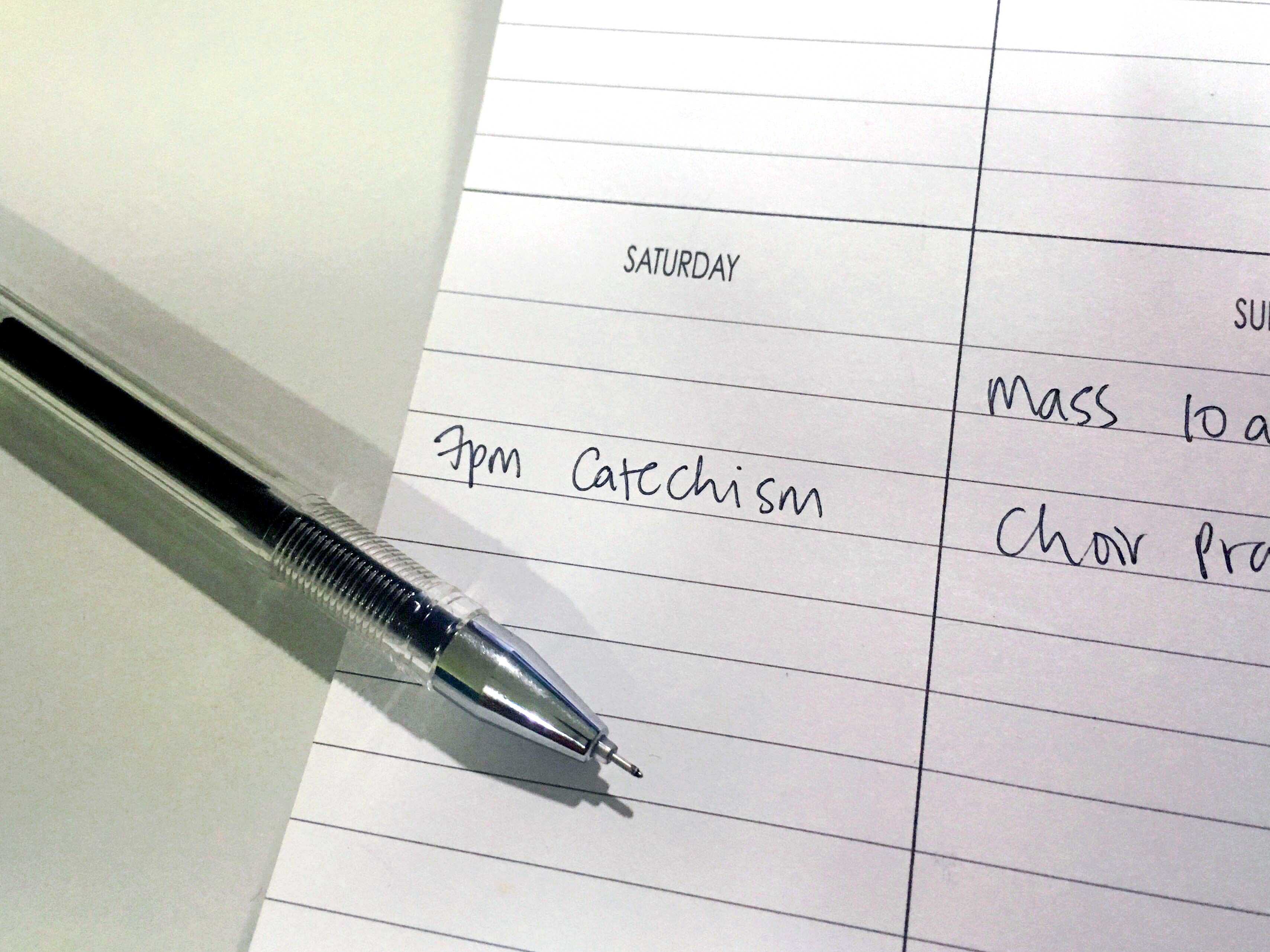 Blasphemous attacks against the Church and the resulting support and even indifference of some Catholics can be blamed to the collapse or abandonment of catechetical instruction and the failure of Catholic education in the past decades.

“Clearly,” said Dr. Raul Nidoy, a Catholic theologian. “The post-Vatican crisis of the 60s and 70s with its doctrinal confusion and moral permissivism led to poorly catechized and poorly evangelized Catholics.”

Diocese of Cubao Catechetical Minister Fr. Michell Joe Zerrudo pointed to Modernism as “responsible for all the watering down of the teaching of the Christian doctrine.”

Condemned by Pope St. Pius X in his 1908 encyclical “Pascendi Dominici Gregis” (Of feeding the Lord’s flock), he called Modernism as the “synthesis of all errors”.

“I think the reason why many are indifferent to the “stupid” God comment [of Pres. Duterte] is that they no longer see the difference of the Catholic faith and the other faiths. To them, these are all the same,” Zerrudo said.

The priest underscored how Modernism teaches that all religions are equal thus “it does not matter what name your god has so long as you have a god.”

“It is sad because in courts of law, the truth cannot be equal to false statements. But with regards to modernism, all religions are equal…regardless of what is true and who are false,” he said.

Nidoy noted that the Second Plenary Council of the Philippines (PCP II) gave “the highest priority to catechesis” but this “seems not to have been much felt.”

However, there are parish priests who see the need to revive catechetical instructions. One of them is Fr. Mark Sese of the Diocese of Pasig.

“Ignorance of our brothers and sisters in faith on the authentic Catholic doctrine,” was the reason readily given by Sese when asked why he started the catechetical program in Our Lady of the Poor Parish, Western Bicutan, Taguig City where he is the parish priest.

He admitted that “an empirical study to survey the need of the faithful most especially the lay church servers/ministers” also formed the basis for the renewal of the program.

“On a personal level it is my sacerdotal motto: Seminatur Doctrinae Et Pietatis (Sower of Doctrine and Piety),” he said.

The survey had more than 500 respondents composed mainly of parish servers and member of different ministries, mandated organizations and associations. One of the pressing needs of parishioners that the survey discovered was the need for formation in the faith.

Started in 2015, the catechetical program is offered every first and third Saturday of the month at 7pm.

“I started with the Creed, then the Sacraments, the 10 Commandments,” he said. All in all, Sese has prepared 60 topics regarding the basic catechism in his parish.

Zerrudo, on the other hand, as Catechetical Minister for Cubao, sees the importance of sending more properly trained catechists to the public schools owing to the fact that they have more students than Catholic schools.

He sees the role of catechists as very crucial in the formation of young Catholics so catechists under his care are engaged in basic faith formation and catechetical formation for new catechists.

“We make sure that our catechists are well founded in doctrine, moral and liturgical formation modules for teaching are created and constantly updated by the ministry. The content of these formations are highly doctrinal because they are based on the catechism of the Catholic Church,” he said.

Nidoy, in his personal capacity, designed a one-pager catechism covering various topics. Started when the controversial Reproductive Health Law was still being deliberated in Congress, the one-pager catechism about contraception became an instant viral success as it discusses science facts on the RH.

He said that the catechetical flyer was so successful that it was translated into several languages.

“They found it as a good summary of solid non-religious arguments especially since the media and the other side were reducing our side to merely religious zealots who were imposing their beliefs to a secular society,” said Nidoy.

He retitled the flyer to science facts on contraceptives and distributed it once in a diocese. “They loved it! They said they needed that info,” he said.

Is the duty of informing the flock on the basics of the Catholic Faith all on the shoulders of its priests and bishops?

Nidoy understands that a parish priest can be overloaded with too many administrative and sacramental duties in his parish but he nevertheless encourages parents and adult Catholics their role of being well-formed in the Faith.

“I think that we have to keep on reminding all, including families where catechesis should start, that the spiritual matters such as Catholic education in faith and morals, are more important than material support, as the Catechism itself says,” he stressed.

Nidoy sees the need for more well-formed Catholics to fight the indifference towards the blasphemous statements and attacks against the Church. He noted how catechized Catholics went to the Church’s defense when the President went on his verbal tirade against God and the Church.

“It should be noted that a good number of Catholics also opposed him [Pres. Duterte], which shows that despite problems in this area, our pastors have succeeded in forming us to see blasphemy as bad,” according to him.

He added that the re-introduction of the Catechism in the 1990s helped “dissipate much of the confusion of the 60s but much still HAS to be done to make people learn it deeply and apply it in their daily lives.”

Admitting that as a layman, he is “not an expert in parishes”, but he, nevertheless, suggests that parishes may have “to be more creative and persevering in this work” like how his one-pager catechism was well-received by both the laity and clergy.

Sese agrees that we need to “encourage parishes and parish priests to offer doctrinal classes.” He hopes that the catechism classes will trickle and reflect in the lives of the laity.

“I believe that through it they may live as authentic Christian Catholic who are Christ-centered and values His teaching through the Magisterium,” he said.