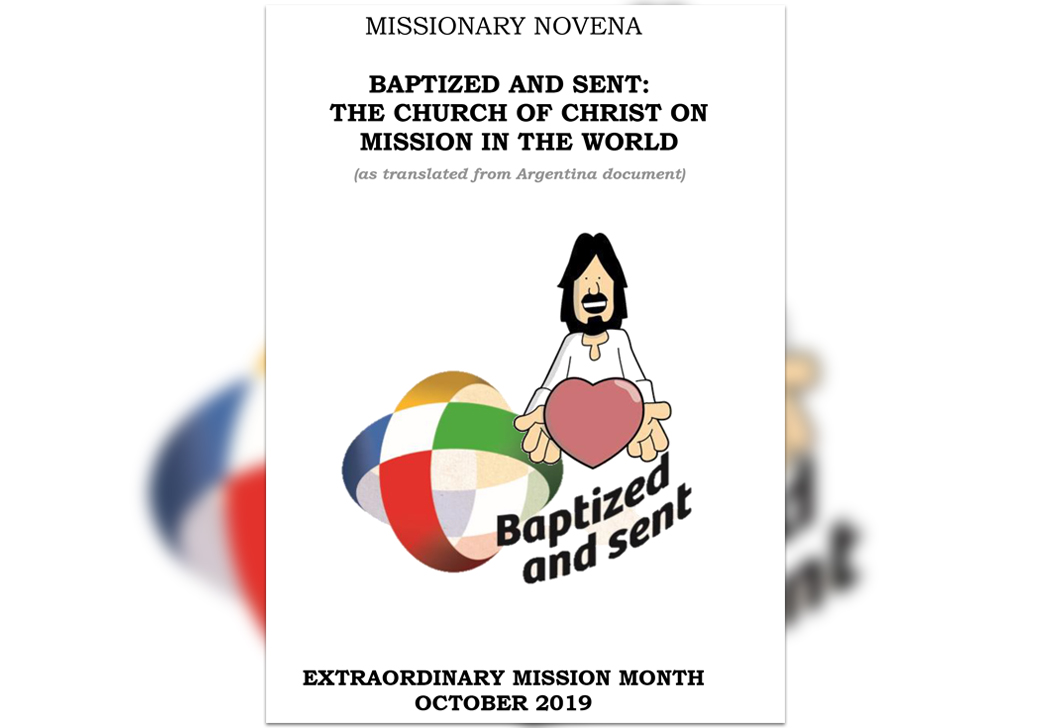 VATICAN— In the October calendar of Vatican events, Pope Francis’ “Extraordinary Missionary Month” may be overshadowed by the Synod of Bishops for the Amazon and its related events.

But in the lead up to the monthlong focus on missionary outreach, Pope Francis spoke frequently and in detail about the Christian obligation to share the Gospel through personal witness and welcome.

And while the synod preparations led to news headlines about climate change and a possible debate about ordaining some married men for ministry in their indigenous communities, the working document that will guide the assembly frames the whole discussion as a discernment of “the new paths whereby the church in the Amazon will announce the Gospel of Jesus Christ in the coming years.”

On World Mission Sunday 2017, Pope Francis announced his intention to dedicate the entire month of October 2019 — not just World Mission Sunday — to “the church’s evangelizing activity ‘ad gentes,’” a phrase meaning “to the nations” and used to describe missionary activity focused on people who still have not heard the Gospel.

The pope is scheduled to launch the month with a prayer vigil in St. Peter’s Basilica the evening of Oct. 1, the feast of St. Therese of Lisieux, co-patron of the missions and one of Pope Francis’ personal favorites.

Although St. Therese had dreamed of being a missionary, she never left the convent. Still, marking her feast day in 2013, Pope Francis said, “The church was wise to make this saint — humble, small, trusting in God, meek — patron of the missions” because “the strength of the Gospel is precisely there” in the humility that “allows itself to be guided by the love and tenderness of the Father.”

The pope’s talk of humility, respect for others and sharing the love and mercy of God does not mean he thinks the church should be passive.

Pope Francis wanted the monthlong focus on mission because he saw a need to give “fresh evangelical impulse to her work of preaching and bringing to the world the salvation of Jesus Christ.”

The central focus of mission is that “God wills that all people be saved by coming to know the truth and experiencing his mercy through the ministry of the church, the universal sacrament of salvation,” Pope Francis wrote in his message for the month.

Catholics must not think that missionary outreach belongs to the church’s past. Today, as in Jesus’ age, it means hitting the road or, at least, supporting those who do.

“The church,” the pope wrote, “needs men and women who, by virtue of their baptism, respond generously to the call to leave behind home, family, country, language and local church, and to be sent forth to the nations, to a world not yet transformed by the sacraments of Jesus Christ and his holy church.”

Of course, there are people in every neighborhood in every nation who need to hear of God’s love and mercy and be helped to follow Jesus. But the church distinguishes between “new evangelization” — basically, a new effort to reach out to people who already have heard the Christian message — and the initial proclamation involved in going out “ad gentes.”

Oblate Father Andrew Small, national director of the Pontifical Mission Societies in the United States, said there is a “huge difference” between introducing people to Jesus for the first time and trying to reach out to those who would say, “Been there, done that, didn’t buy the T-shirt.”

But the church “is not selling T-shirts,” he said. “It’s offering a lifelong relationship with a man called Jesus to people who are experienced collectors,” and that is a challenge to which all Christians must respond.

As part of its celebration of the Extraordinary Missionary Month, Father Small’s office is launching missio.org/course, which is a free, online introduction to mission theology. The course, he said, “takes learners through the history, theology and spirited relationships that make us who and what we are as a church — missionary by nature.”

Father Small also noted that in a June 2018 meeting with the Pontifical Mission Societies, which raise awareness about the missions and raise funds to support them, Pope Francis spoke of the ties between the Amazon synod and the Extraordinary Missionary Month.

“We pray,” the pope had said, “that the Synod for the Amazon can help provide a more evangelical approach to missionary work in this area of the world that is so troubled, so unjustly exploited and so much in need of the salvation of Jesus Christ.”